At our core we have a diversity of skillsets and backgrounds

We work hard to address the challenges our clients face and our team of professionals provide the competency and informed advice to support them in their decision making. Our skillsets are based on listening to our clients, their teams, and customers in order to better understand their business objectives and challenges ahead. 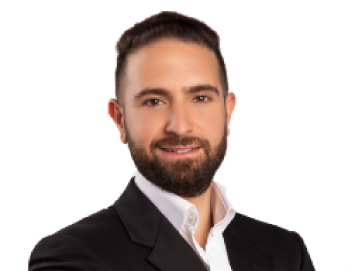 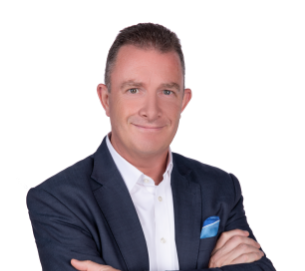 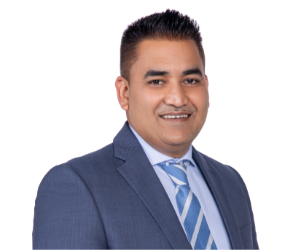 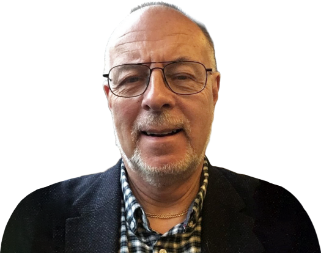 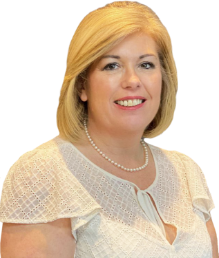 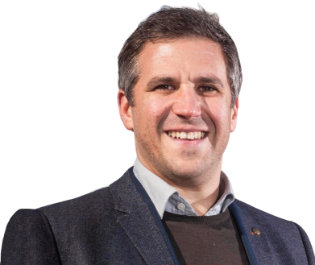 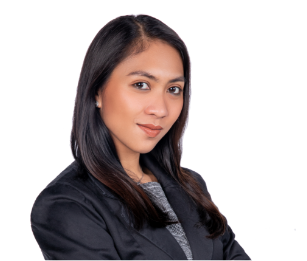 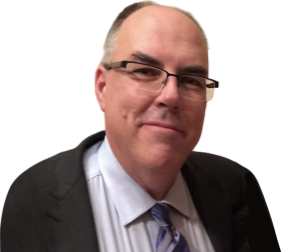 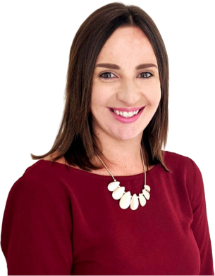 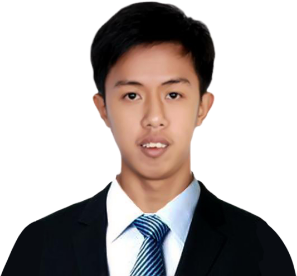 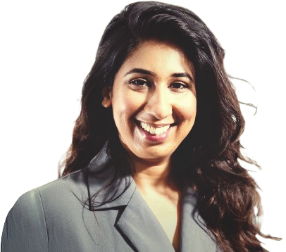 We work hard to address the challenges our clients face and our team of professionals provide the competency and informed advice to support them in their decision making. 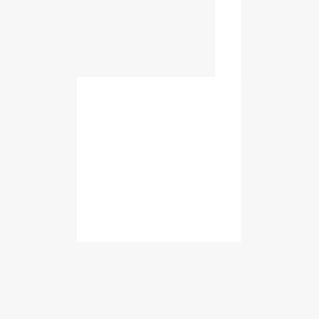 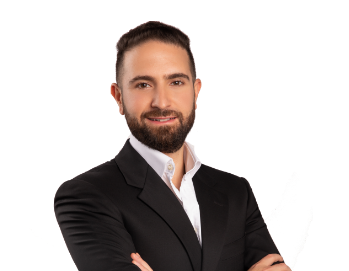 Saif Kaddoura started his career working as a contracts and quantity surveyor with the Consolidated Contractors Company (CCC).

He worked on several mega projects in the Middle East such as the construction of Princess Noura University, the world’s largest women’s university. He then worked with one of the largest Private equity firms in the Middle East, with assets under management in excess of $10 billion. He was part of the team that led the SME fund.

From 2013, as an independent consultant, Saif supported the Ansaldo-STS (Hitachi Rail), Middle East Sales and Business Development team where he reported directly to the senior Hitachi Rail management in Italy and also advised them on Middle East business and transportation strategies.

During this period Saif led the prequalification, tender, bidding, and award stages of the Riyadh Metro Project Package 2 for Ansaldo-STS (Hitachi Rail), which is part of the world’s largest transportation project, estimated at $23 billion.

Consequently, he was part of the team that led Flow consortium (Hitachi Rail, Ferrovie Dello Stato, and Alstom) in winning package 5 of Riyadh Metro O&M contract. In 2017, Saif established Contrax International in Dubai, to provide project management and consulting services for infrastructure development projects in the region and globally. The primary focus of Contrax has been the transport and mobility sector, which the company has worked on and delivered services on some of the highest profile projects in the region and globally. Saif graduated with honors from the University College of London (UCL) with a Bachelor of science in Project Management for construction.

Mark is a Chartered Engineer (UK) and member of the Institute of Railway Signalling Engineers (IRSE). Mark has had significant operations, engineering and asset management leadership experience on some of the world’s most prestigious infrastructure projects including Eurotunnel, High Speed One and High Speed Two. Prior to joining Contrax Mark was the Asset Management Director at High Speed Two Ltd (UK) and led the development of HS2’s Infrastructure Management organisation which included establishing HS2’s asset management concepts, strategies, standards and processes.

Mark has experience globally and importantly in the Middle East region having previously worked as the Engineering and Maintenance Director for Serco Dubai Metro and also the Technical and HSQE Director for Drydocks World Dubai – the Middle East’s biggest shipyard, leading technical and HSQE compliance within their business’ both in Dubai and South East Asia. On behalf of Booz Allen Mark led a team in the Kingdom of Saudi Arabia undertaking a full operations and maintenance review of the Saudi Railway’s Organisation. On behalf of Drydocks World Mark has twice received the Middle East Oil and Gas Health and Safety Award.

Yadi has successfully managed high profile and Iconic large facilities with diverse portfolio of mixed use to diplomatic government missions. He places highest value on education, continuous improvement and knowledge sharing and is very passionate about finding practical high value addition solutions for its customers.

Chris Kimberley has 40 years of railway industry experience, from the line management of stations, train services and signallers up to working as a Company Director for the Board of the UK’s largest train operating company. He has undertaken senior operational management and project lead roles, the latter including the successful bids for the Northern Rail and Caledonian Sleeper multi-million-pound outsourced operations and maintenance passenger rail franchise contracts. Chris was the first Director of Rail Operations at HS2 Ltd. and he has a reputation for successfully delivering business and project objectives in multi-stakeholder environments through effective team and partnership working. Chris has been providing independent strategic advice to clients in both the private and public sectors since 2017. He can work either independently or as part of a multi-functional team, focusing always on delivering to the client’s needs whilst ensuring that new perspectives are brought to any situation. With a passion for ensuring that customer needs are firmly understood and placed at the centre of service design, he has most recently advised clients in the UK, Finland and the UAE in the development of their business strategies. 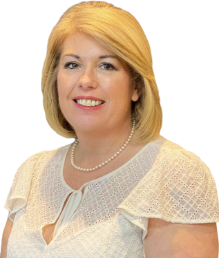 She is a subject matter expert in station operations, innovation and continuous improvement, design thinking and accessibility. She led the development of HS2’s Station Vision and operational concept that set out the customer experience, operational excellence and sustainable business. For the Department for Transport (UK) she directed franchise specifications and policy development. And, she managed the re-development of King’s Cross station on behalf of the train operator, InterCity East Coast; including heading the design and specification of all customer and staff facilities, managing the customer operations during the construction and leading on the opening programme.

Over 20 years Nik has acquired extensive experience in designing and delivering creative strategies, world class brand experiences and products for blue chip clients – ensuring future visions are inspirational, relevant and implementable. Nik joins from HS2 Ltd, where he was Head of Customer Experience. In his role at HS2, Nik built an expert internal team and developed working practices and approaches which have been instrumental in shaping the vision for a new standard in rail travel. Previous to HS2, Nik worked for Virgin Atlantic for over 12 years, where he headed up the Global aircraft customer experience team, responsible for all facets of the on-board experience.

Marny is a Computer Engineer with a professional Experience on Engineering, Systems and Telecommunications. She started her career as a System Administrator and Network Operation Center (NOC) Engineer which gave her a wide experience in the field of Systems and Computer Networks. She’s adept at Linux Server Management as well as System/Network troubleshooting. 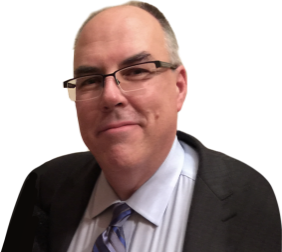 Wayne is a leader and champion of asset & facilities management thriving in challenging environments with a disciplined approach to executing a successful mandate with the desired results. This was reflected in Wayne leading his team to with the BOMA TOBY (Office Building of the Year) Award at both the local and national levels.

Wayne is committed to further the profession, actively participating in IFMA, the Institute of Asset Management (IAM), and the Association for Facilities Engineering (AFE) and supports new entrants in the profession by mentoring and contributing to training and knowledge transfer initiatives. 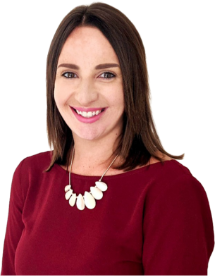 Shona is a creative communications and marketing professional with over 10 years’ experience within the Financial Services sector. She is experienced in leading successful communications projects and campaigns and skilled in using the Adobe Creative Suite to create engaging content, with a real passion to bring communications to life in creative and unique ways.

Job is a Civil Engineering graduate specialising in CMMS, AutoCAD and Autodesk Revit Systems. He has an extensive experience in the MEP Systems Performance Analysis, Construction and Healthcare Industries.

Job was part of the team who lead the Dubai Mall project where he was the Dynamic Physical Asset Life Cycle & Risk Modeler. He is keen on identifying, analysing and interpreting trends or patterns relating to key performance indicators in complex data sets. 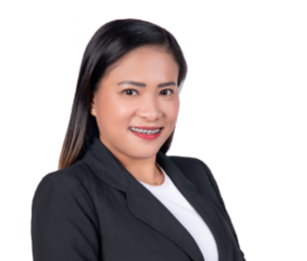 She is currently working in Contrax for more than 2 years now. She handles all HR and Administrative jobs as well as support document management and control, she is a point of contact for any project coordination and office administration as well as any HR related functions. 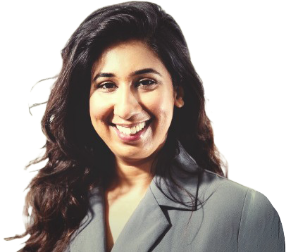 Her previous experience was a Construction Manager (site based) for a main contractor on a variety of projects including constructing and procuring new build for Schools and Residential units in London.

We focus on asset management, operational excellence, and strategic transformation, providing services to senior leaders in client organisations to shape and develop strategies to deliver on their missions

A mutual respect for ourselves, our teams, our clients and the environment in which we live and work. It respects our diversity, our cultures and our experiences so that we are all truly valued.

We build on the trust we put in the relationships we have within our team and with our clients. We believe in the integrity of our relationships and the need that they must be open and honest to be of value and deliver on our promises.

We recognise that as a team and business we operate in a wider system and environment. We seek to provide ideas and solutions that are mutually beneficial for our people and clients for the long-term.

We empower each of our people to be truly inspirational leaders. We believe in leadership that inspires confidence and nurtures our people and clients.

Our reputation is built on our values and belief in our capabilities as a team. We do this by having clear goals, being accountable and creating valuable solutions. We do this every day in everything we do.

As a team we are naturally curious about the world around us and how we can contribute to make improvements. We constantly seek the new ideas, solutions and concepts that generate value for our clients.

We are always striving for excellence. Seeking to continuously improve. Confident in the knowledge that we have done our best to deliver value day in and day out to our team and clients.

We offer advisory & technical services, along with programme & asset management